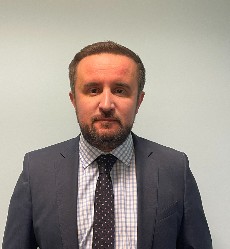 Richard read law at the University of the West of England Bristol and graduated with a 2:1 LL.B (Hons) degree in 2000. Richard then undertook the Legal Practice Course at Cardiff Law school completing the course with Commendation in 2001.

Richard is an Associate member of the Association of Contentious Trust and Probate Specialists (ACTAPS).

Noted in the Legal 500 Richard specializes in contested wills, trusts and estates and advises across the whole spectrum of private wealth disputes.

Richard’s work includes, but is not limited to the following:

Having qualified as a solicitor with a Swansea based firm in 2003, Richard became a partner in 2011 heading the litigation department. In 2017 Richard joined a top 100 firm in Cardiff as a Senior Associate as part of their Contested Wills, Trusts and Estates team.

Richard has acted for both high net worth and high-profile individuals.

Previously a board member and trustee of a well-known Welsh children’s charity, Richard has experience of advising charity clients within his specialist area.

Richard is supervised by Russell Price, a Solicitor and head of the Dispute Resolution team.

Outside of DJM Richard is season ticket holder at Swansea City Football Club, and a keen supporter of local league football.