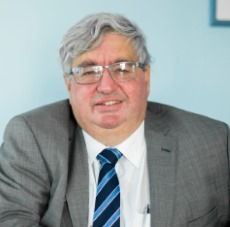 Michael Snowdon originates from Harpenden Hertfordshire and first came to Swansea University in 1972 where he gained a BSc (Econ) Honours Degree. He then embarked on his Solicitors qualification examinations joining DJM as an Articled Clerk in 1976. Michael thereafter qualified as a Solicitor and was made a partner at DJM in 1984 working from the Mumbles Office for a number of years.

Michael was part of the DJM Commercial team which was first established in 1992 working out of the dedicated commercial office in St Helens Road. Since that time he has undertaken various roles and advised in relation to a wide variety of commercial company and property matters.

Michael is married with 4 children. He enjoys all outdoor sports and particularly skiing – that is for as long as his knees hold out! He is also a keen supporter of Swansea City Football Club and attends most home matches.